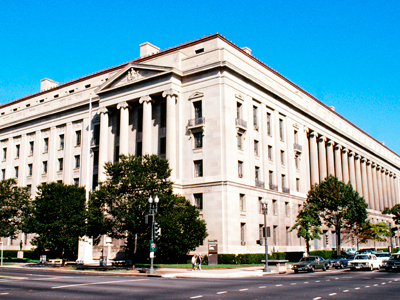 On April 11, 2017, Attorney General Jeff Sessions issued a memo to all federal prosecutors announcing that the United States Department of Justice will prioritize criminal immigration enforcement.

The memo, entitled Renewed Commitment to Criminal Immigration Enforcement, was issued concomitantly with a speech made by Attorney General Sessions to Customs and Border Protection employees.

In the memo and in his remarks, the Attorney General asks all federal prosecutors to increase efforts at criminal immigration enforcement. The memo highlights the Attorney General’s desire for “vigorous” and “consistent” enforcement of illegal entry and reentry prosecutions (8 U.S.C. §§ 1325, 1326) at both the misdemeanor and felony levels, and that prosecutors consider “to the extent practicable” prosecution of aggravated identity theft (18 U.S.C. § 1028A) and document fraud (18 U.S.C. § 1546) in the immigration context. Section 1028A is particularly noteworthy because conviction for aggravated identity theft carries a mandatory two-year consecutive sentence.

The Attorney General also announced in the memo that each United States Attorney’s office must designate its own ‘Border Security Coordinator’ to oversee and implement this heightened enforcement mandate in each district. In his prepared comments to Customs and Border personnel, he said that the Justice Department will be adding 50 more immigration judges to the bench this year and 75 next year, in an effort to reduce the backlog in immigration courts and deal with what will certainly be an increase in removal cases under this policy and administration.

More on this will come, but it is fair to say that this announcement is a sharp departure from criminal immigration enforcement policies under the previous executive administration. It will undoubtedly impact many individuals, families and businesses in West Michigan. Those targeted by the policy will need lawyers experienced in defending federal criminal cases and also familiar with immigration court proceedings.

For more information about immigration enforcement, or if you or a loved one has been or may be affected by this new Justice Department policy, please contact Willey & Chamberlain here or call us directly at 616.458.2212.