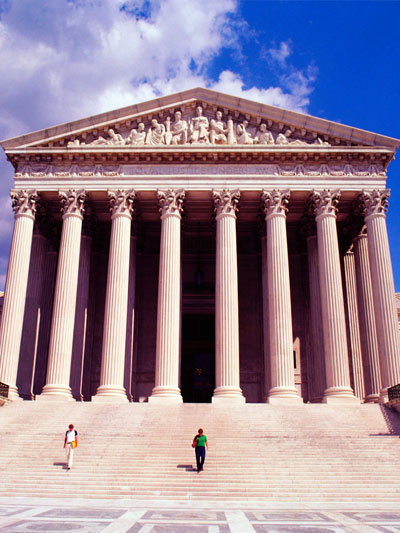 On January 9, 2018, the United States Supreme Court will hear oral arguments in Collins v. Virginia, which may decide crucial issues in criminal procedure as related to search and seizure laws.

Police in Charlottesville, Virginia were looking for a motorcycle that had been recorded traveling over 100 miles per hour on a highway. An officer spotted a tarp-covered motorcycle in the driveway next to Collins’s house. The officer walked up the driveway, removed the tarp, recorded the license plate and VIN, and returned to his squad car. A VIN check revealed that the motorcycle had been stolen in New York. The officer walked back into the driveway, placed the tarp back over the motorcycle, and left the property. Collins was charged with receiving stolen property.

Collins is challenging the officer’s actions under the Fourth Amendment, which protects our persons, houses, papers and effects from unreasonable searches and seizures. The property immediately surrounding a home, known as the curtilage, is considered part of the ‘house’ for Fourth Amendment purposes. Collins’ challenge seemingly sets two Fourth Amendment doctrines against each other. As a general rule, the search of a house is reasonable only if the police obtain a warrant beforehand with very few and limited exceptions. But, there are quite a number of exceptions to the warrant requirement for vehicles.

With this in mind, the officer did two things that Collins says are an illegal search. First, he walked up the driveway of the house. Second, he pulled the tarp off the motorcycle and examined it for identifying information. The officer had no warrant. The illegality of one of the searches could affect the other, even if the other were legal.

The Commonwealth’s arguments focus almost entirely on pitting the so-called automobile exception to the warrant requirement against the rule protecting houses and curtilage. If we look at the scenario as two separate searches, however, the rules are not even in tension; they merely apply to two different actions taken by the police. The outcome in the Supreme Court may well depend on how the Justices decide to look at the issue, as well.

If you feel that law enforcement has violated your rights in seizing evidence it wants to use against you, it is important that you contact lawyers who keep up to date on developments in search and seizure law. Our attorneys can evaluate the legality of law enforcement actions.

For more information about search and seizure law from the lawyers at Willey & Chamberlain, please contact us here or call us directly at 616.458.2212.