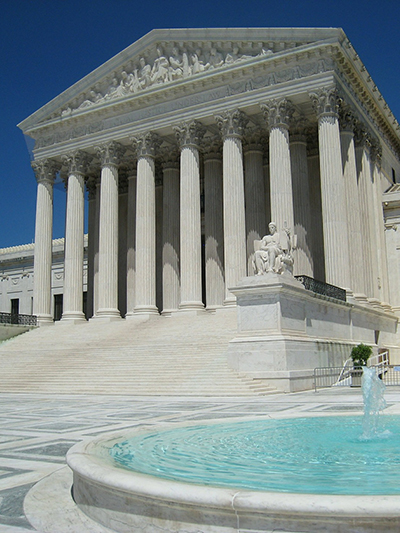 In Sessions v. Dimaya, 138 S.Ct. 1204 (2018), the United States Supreme Court extended the vagueness rationale of Johnson to the residual clause definition of “crime of violence” in 18 U.S.C. § 16(b). Though Dimaya was a case involving the application of the § 16(b) residual clause to define a state court conviction as an aggravated felony under the immigration laws, 8 U.S.C. § 1101(a)(43)(F), it potentially has broader application to the definitions of crime of violence found elsewhere in the federal criminal code.

Section 16(b) defines “crime of violence” as “any other offense that is a felony and that, by its nature, involves a substantial risk that physical force against the person or property of another may be used in the course of committing the offense” and is incorporated by reference in a number of criminal statutes, as well as other federal statutes, including the definition of “aggravated felony” in the immigration context. Following Dimaya, § 16(b) is unconstitutionally vague, just like the term “violent felony” was found to be for purposes of the Armed Career Criminal Act in Johnson. No longer can § 16(b) be used to deem a prior conviction an “aggravated felony” in the immigration context.

The broader application of Dimaya is not yet known. However, there are a number of references to § 16(b) throughout the criminal code for definitional purposes or sentencing enhancement purposes. For example, money laundering with respect to certain “specified unlawful activity” is defined by reference elementally to include crimes of violence under § 16. 18 U.S.C. § 1956. Those charged with money laundering crimes will want to be sure the specified unlawful activity still meets the § 16 definition following Dimaya.

A more common scenario involving the definition of a “crime of violence” that could be affected by Dimaya is its use in 18 U.S.C. § 924(c) cases. Under that section, any person who carries a firearm “during and in relation to any crime of violence” is subject to a minimum mandatory consecutive term of five years imprisonment. Though § 16(b) is not specifically referenced in § 924(c), the definition of “crime if violence” in that section is identical in relevant part to § 16(b) found to be vague in Dimaya. 18 U.S.C. § 924(c)(3).

Those charged with § 924(c) offenses based on crimes of violence must evaluate whether the “during and in relation to” crime survives the crime of violence definition following Dimaya. In fact, the government has asked the United States Supreme Court to remand several § 924(c)(3) cases with cert petitions pending for a redetermination in light of Dimaya.

The lawyers at Willey & Chamberlain specialize in defending federal criminal cases and make it a priority to stay informed on emerging areas of the law, such as these important holdings from Johnson and Dimaya.

For more information about violent crime charges from the experienced attorneys at Willey & Chamberlain, please contact us here or call us directly at 616.458.2212.