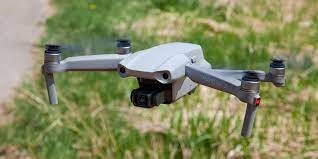 Drone Surveillance is a Search

In our last post, we discussed that the Michigan Supreme Court recognized in People v. Hughes, 506 Mich. 512, 958 N.W.2d 98 (2020) the heightened expectation of privacy people have in the contents of their cell phones and the implications that has on the Fourth Amendment.

Earlier this year, the Michigan Court of Appeals held that the use of drones to surveil a person’s property requires a search warrant.  In Long Lake Township v. Maxon, No. 349230 (Mich. Ct. App. Mar. 18, 2021), the township took drone photographs of the Maxon’s property as part of a zoning dispute.  The Michigan Court of Appeals found this to be in violation of the Fourth Amendment, because it was a search without a warrant.  The court rejected the idea that drone surveillance is like plane or helicopter surveillance, which have been found not to implicate the Fourth Amendment by the United States Supreme Court in Florida v. Riley, 488 U.S. 445 (1989) and California v. Ciraolo, 476 U.S. 207 (1986), because drones are so much closer to the ground that airplanes or helicopters.

We are pleased to see that our Michigan appellate courts recognize that while technology might provide the government with new tools to investigate illegal activity, the Fourth Amendment cannot be ignored and must be followed.

Many criminal cases involve the use of technology by law enforcement to investigate crime.  It is critical in these cases that you hire a lawyer that knows the contours of the Fourth Amendment as it applies to the use of technology.  Call the criminal defense lawyers at Willey & Chamberlain.  We keep up with these developments for you.